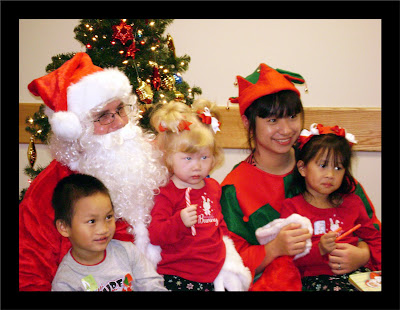 I had the privlage of being Santa Claus at the recent FCC Christmas party
& I had big help from Annie "The Elf". Lori, Annie, & I finally got to meet a new little addition to our FCC group, Rachel. I had a big time coloring in the coloring books & blowing bubbles with her. Matter of fact she would not let me stop coloring as long as I was sitting next to her. When I stopped coloring she would pick up a crayon and hand it to me, it was very cute.

Annie was the best Elf ever. She handed out candy canes to the kids after they got thier presents and helped Santa pronounce some of the names. (Just a little FYI, red candy canes have lots of red dye in them, after a while the kids that got the red ones had red mouths & hands.) If the kids were afraid of Santa they would go to Annie and sit on her lap. When Annie heard that I was going to be Santa Claus she asked if she could dress up too. We told her she could be an Elf and Lori found her the costume at Party City. I picked me up a Santa suit there as well. I figured with little kids coming into our home soon that it will get lots of use. We got to the party early and helped set up the tree with lots of help from the kids. Then after awhile Annie and I went and put on our costumes for the big event. I even glued on the beard just in case any of the kids wanted to tug on it. The presents were already wrapped books that the parent of each child brought with the kids names on them. It was a good night for the kids and Annie and I really enjoyed ourselves. Glen 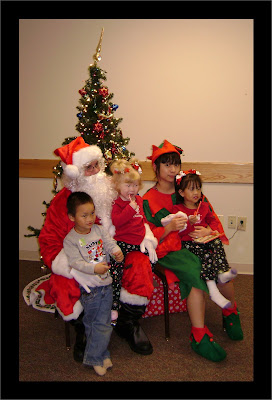 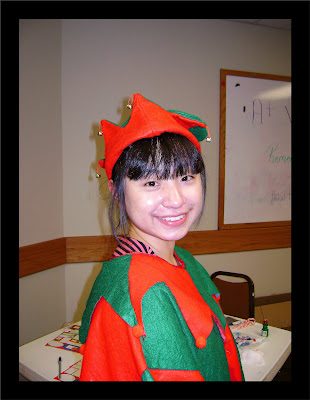 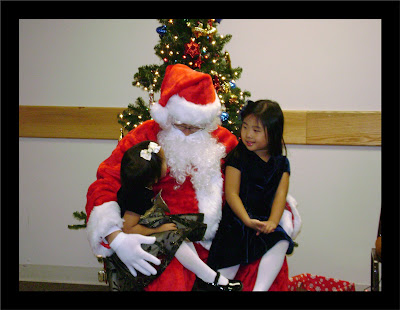 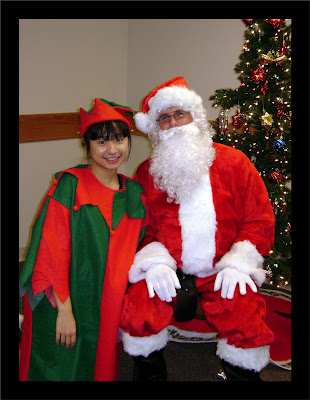 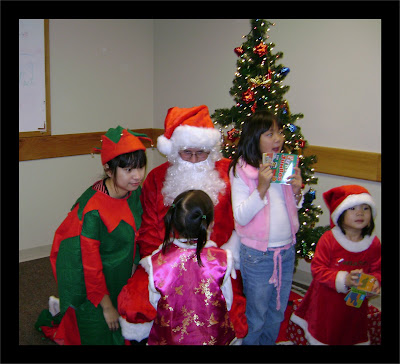 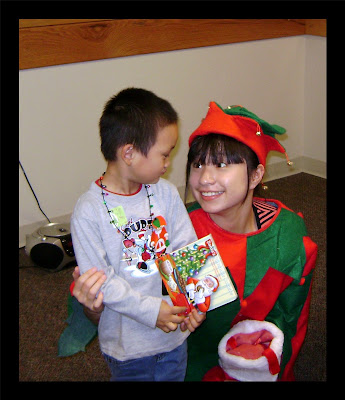