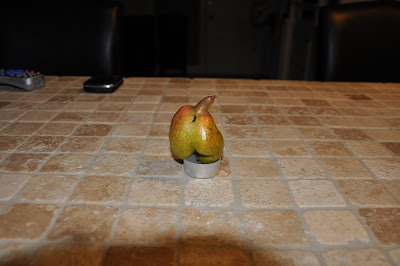 Norah found this pear in the backyard and told me that it looked like a "sleepy face". So we brought it inside and drew on some eyes and a chin. I'm not sure where he ended up after that, may end up finding him all dried up under a bed someday. 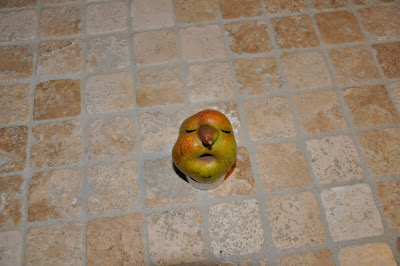 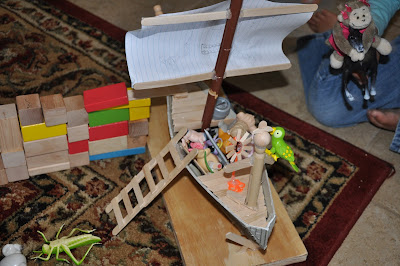 Glen and Norah made a pirate ship the other day. Glen said that it was all Norahs idea. That she would tell him what she wanted on it and then Glen had to figure out how to make it happen. That sure does sound like she is trying to take over my role around here. (; 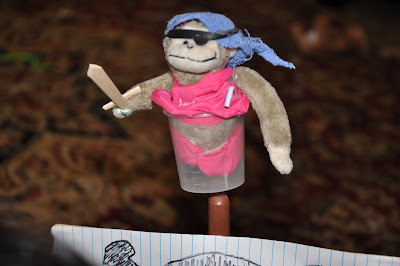 AAArrrggguh! Matey! Where be your bananas?