The town of Trier 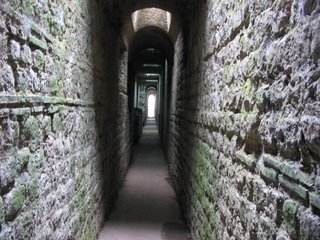 has many different sites to see, below is the bath house. 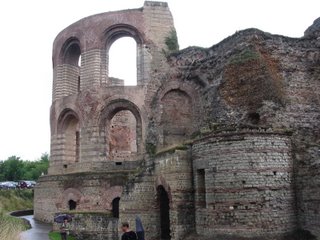 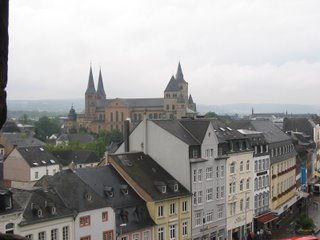 The Judengasse is where during 1235, four Jewish families had four houses built with a common escape tunnel. 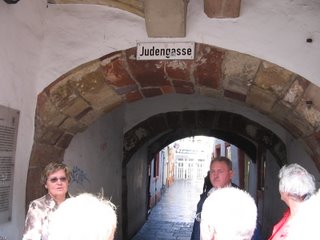 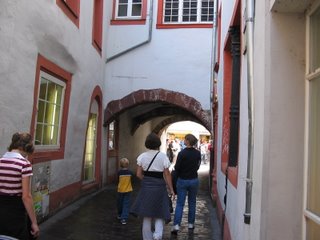 Below is the 10th largest Roman amphitheater. The picture below shows the area underneath the ampitheater where the gladiators and prisinors that fought in the arena got ready. The structure was built in the 2nd century and was later incorporated into the city wall. 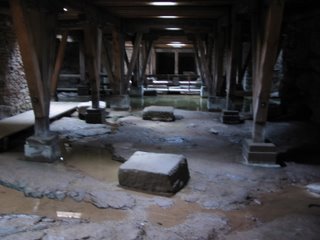 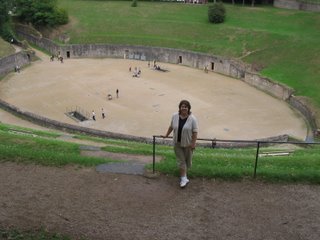 Here's a shot inside one of the churches. The architechture was amazing. The "pink palace" is the Electoral Palace 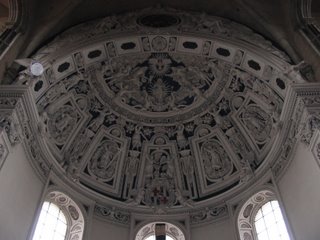 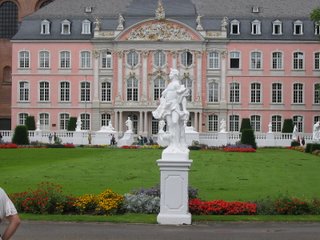