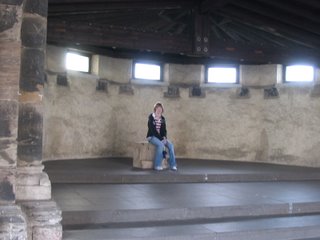 We made it home. We have been home awhile. I have just been busy/lazy about the blogging. It was the trip of a life time and I can't thank my sister and her husband enough. Below are some of the things we seen.

This is Brianne sitting inside one of the rooms at the Porte Nigra in Trier, Germany.

Amanda and Joshua walking around in town on our way to see the Roman tower that was near my sister and brother-in-laws house. 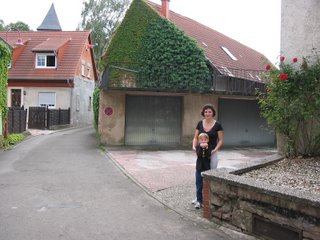 Below are some pictures of the graveyard that is located near the house. All of the graves look like these. They are all landscaped with little watering and mulch stations available for those that come and work on the graves. 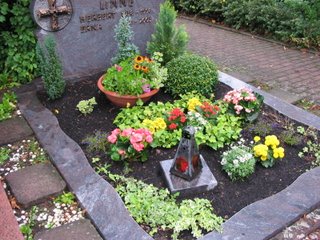 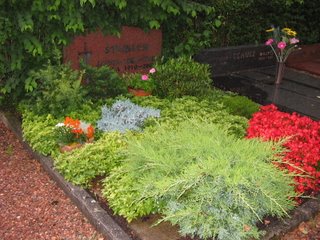 In the towns in Germany they have a thing called junking day, twice a year they stick the stuff they don't want out on the curb. Then anyone that can use it can have it. Anything left over gets picked up by the trash people. They also have people from Poland that come down and load thier trucks and take the items back to Poland to resale them. 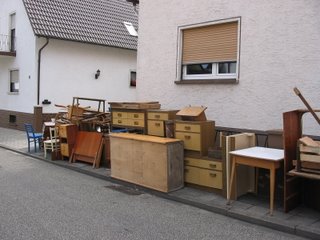 We bought a black forest clock while we were there. It's now hanging on the wall between the living room and kitchen. I'm sure that Norah will love watching all the litte stuff that it does and the music that it plays every hour. We got the one that is battery powered because we know that we won't wind one everyday. The clock has a sensoe on it also that detects light. When it's dark the music won't play and the little bird won't chirp out the hours. The picture is of the clock inside it's shipping box. 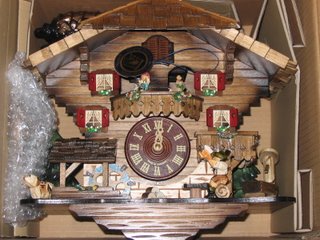 This is the Porta Nigra (The Black Gate) It is the largest surviving Roman city gate worldwide. The massive sandstone blocks are held together by iron clamps embedded in lead. There is no mortar whatsoever. It is located in Trier, Germany, the oldest city in Germany. 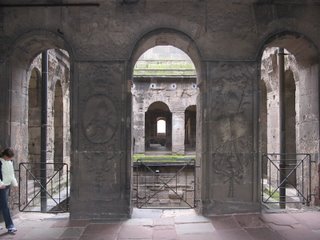 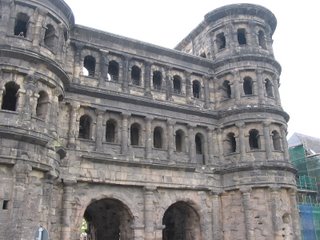