The boy that's who. Brandon had his wisdom teeth removed on Tuesday, all six of them. He said he read somewhere that only 3% of the population has six wisdom teeth. Lucky Brandon. He was a little nervous going in and VERY talkative when he came out due to the anesthesia. You couldn't understand anything he was saying but he was real talkative anyway. Here is his "before" picture. 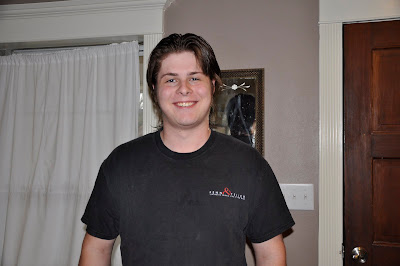 This is the after picture. His left side swelled a little bit more but really doesn't look to bad. We made sure that he had lots of yogurt and his favorite, flan to eat for that first day. He has done really well and has a follow up appointment next week. 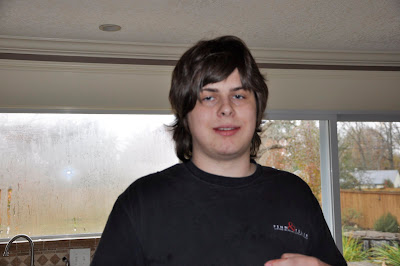