Brandon, asked us if he could dye the tips of his hair red a long time ago. We held off as long as we could but finally made a deal with him. We would pay for his hair to be dyed if he cleaned it up and dyed it back when he turns 16 so he can look good for the interviews he will be going on after his birthday. Then if it didn't affect his employment after working a couple of months he could dye it back red if he wanted to.
Brandon went to the beauty shop and had it dyed by a friend of ours about two weeks ago, but it wasn't bright red like he wanted. So I spent the next couple of days finding the right dye to make it bright red, the results are in the bottom photo. Yes, I did that to my sons head on purpose. To keep it that red all the time I must dye it every two weeks. Rubber gloves, aluminum foil wraps and all. I hope when he gets older he remembers this time when he had a beauty specialist for a dad.
We took him to a Flyleaf and Sic Puppys concert last night. He had back stage passes to meet and greet the band. Because it was such a big deal to him and we didn't want him to miss out AND the concert was being held in a REALLY bad area of town, in our opinion, AND just because we are a "little", "tiny" bit protective we launched a plan. Lori and I would drop him at the door and switch cell phones with him and then we would wait out in the parking lot (because teenage boys don't want their Mom and Dad with them inside the concert) until the concert was over. We took his phone because it has unlimited Internet and TV in it. We dropped him off at 6:30 and spent the next 5 hours (you read that right 5 hours) watching the Discovery Channel on a 2 inch cell phone screen and trying to find a comfortable position to sleep in. He had a great time and by 11:30 his ever vigil parent had been passed out in the truck for over a hour. Only awaking to the sound of people coming out of the building after the concert was over and the lights from the ambulance pulling up in front of the building (nothing serious just a bumped head). I love you son and I am glad you had I good time, your hair dresser Glen 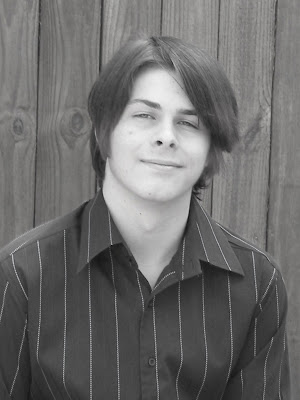 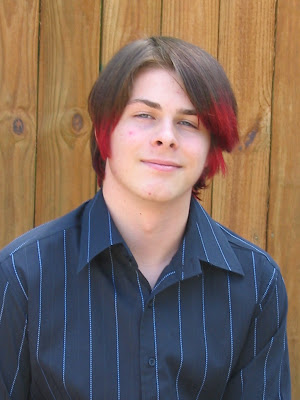 Tell Brandon I love his hair!