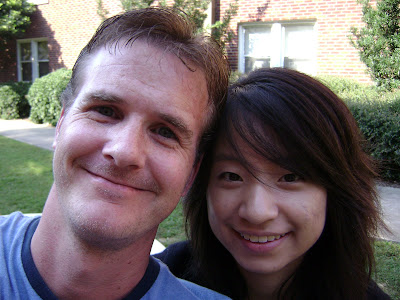 First, let me say, nothing is more upsetting and gets me angrier than when someone messes with my child.
It started out with an email from Annie saying she lost her cell phone. This same week she lost money from her dorm room. So I quickly shut off the phone so the people who had it didn’t use it. I looked up the numbers that had been called on the phone since she lost it / it was stolen and called them to find out who had been making calls from it. I got a hold of one person that had used the phone and she said that she had borrowed it from someone else so I took down her name and told her to have the other person turn it into lost and found, no questions asked, and that would be the end of it. I ordered Annie another phone and had it activated. The day it got here I emailed her to check in to see how she was doing, and if she was ok.
She emailed me back and it wasn’t good. Her roommate had also “lost” money and her roommate and a friend of her roommate deceided to yell at Annie to find the money and called her a thief. Then they came back later with 7 of the roommates friends and yell/cursed at her some more for taking the money, then when she went to take her garbage out they locked her out of her room to go through her stuff.
Oh I was pissed!
Within 30 seconds of getting that email I was on the phone with UCA making sure that they were going to do something about it. Annie had started to deal with it on her own already. The RA and Housing supervisor where already aware of what was going on and Annie had filed a police report for the stolen money and flash drive. The housing people and RA are working on moving either Annie or her roommate to a different room. I emailed Annie and told her I could come get her for the night but she said she would be fine, she could stay at a girlfriend’s dorm for the night. So I told her I would be there tomorrow to see her.

Then this morning I got an email from Annie’s parents who are every bit as upset as I am. I let them know I was already looking into it and was heading up there today.

When I talked to Annie I found out about the police report she had filed so after we talked for awhile, about friends she has made at UCA and we took this quick photo together, I gave her a phone to use and told her I was off to the police station.

At the police station I checked in at the front desk. I told them my daughter had been verbaly assaulted and I wanted to make sure they were going to look into it. The Captain overheard me and took me back to his office. He had remembered Annie coming in to file the report on the stolen money, phone and flash drive last week, but did not know about her being verbaly assaulted yesterday, so I talked with the Police Department Captain and gave him the phone numbers that had been called from Annie’s phone after it was “lost”. He was genuinely concerned and told me to have Annie come back in and give a statement about what had happened yesterday so he can look into it and to make sure it is on the record, and that Annie or her roommate gets moved to a different room.

I don’t know if these girls thought Annie being from China had no one backing her up, if they did that was a big mistake.

Just because Lori & I are Annie’s host parents while she is here, and she has parents in China that love and care for her deeply, doesn’t mean we love her or care about her well being any less than we do Brandon’s, and it definitely doesn’t mean we won’t protect her and fight for her safety and rights while she is in America.


I understand with the population of UCA being over 12,000 you are going to run into some really crummy people. Just be prepared for me to use everything in my power to get you and your cohorts thrown out of school, or at the very least a mark put on not only your permanent record at school but also legal records if you come after one of my kids.
Now I need to go drink some water and calm down for a bit.
Glen
at 10:46 AM

this got me fired up and sad at the same time. I am so glad you went up there

If you need back-up, we will come to Conway too!Although it sounds like you have things under control...Poor Annie! Poor Y'all! That just makes me mad that someone would be mean to Annie!!!

Thats awful! Let us know what happened after you called the school. Tell Annie to hang in there.

Yuck. Poor Annie!
Her parents must be really glad she has family close by to advocate for her while she's so far away.
Marcy MSN

I came across your blog today on RQ. First let me wish you luck on your travels to Norah. Second I have to tell you this story about Annie makes me both sad and warms my heart at the same time. I feel terrible that she had to experience this. Your ability to love and care for a child who is not yours is a beautiful thing. Annie is a very lucky girl..