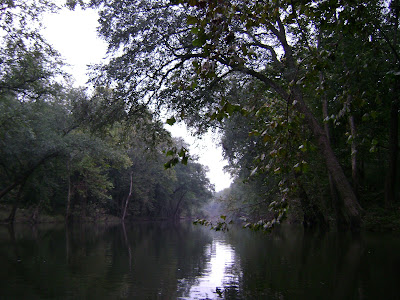 Last week was Lori’s vacation so we all took off and went for a canoe trip down the Saline river. So much for relaxing because of the recent hurricanes that had come through there were trees down across the river in places where you were sucked through and over limbs of the down trees in the fast current. Then there were times when the river would open up wide like in the photos and it was nice. By the time we got done Lori said she didn’t have any adrenaline left and that she "didn't want to get all girlie" but she may start crying. 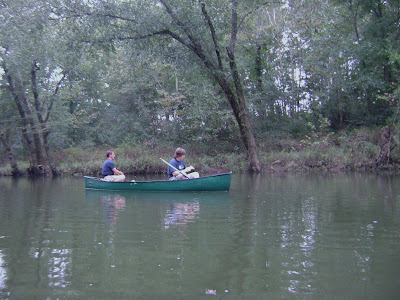 Glen and Brandon in their canoe. 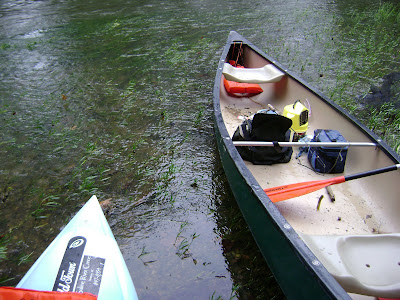 Boats pulled over so that we could fish. 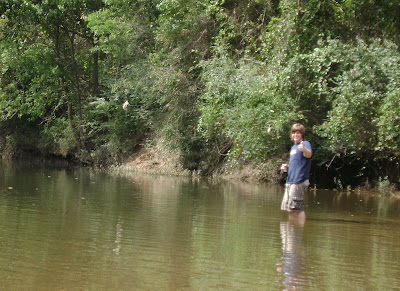 Brandon giving the "thumbs up" for the miniscule bait fish that he caught. Look really close, it's that little speck even with his head. 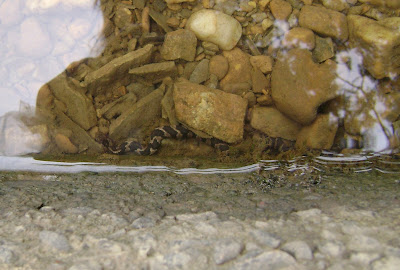 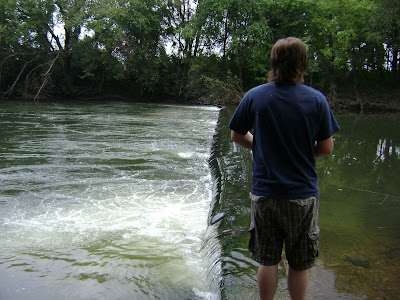 This was the spill way that the guide said we could just go over. Ha!
Note to self if you aren’t sure of how big the drop-off is and you get out and float your canoe over the drop off and the canoe turns sideways just as it is going over the falls it WILL fill with water in two seconds,
yeah no kidding, I did it! 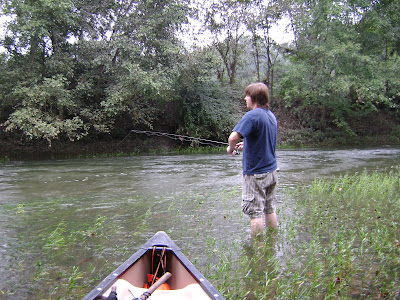 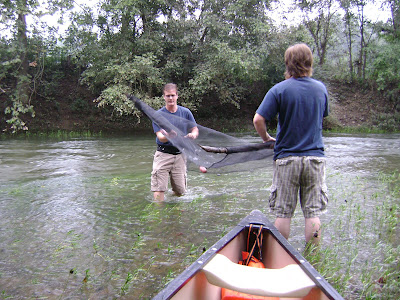