The roads are still safe for now.

I took my son to get his driver permit agene last week, he got one when he was 14 and it had expired. Thankful he passed, you do not wont to be around a teenager when the worst thing that could ever happen in there life goes down. (Wink) He has to drive around with old Mom and Dad until he has 6 consecutive months under his belt. So the world at large it safe until December. I remember when I was little I couldn’t get a liesence fast enough and to be turning 16 with a car already waiting for him you would think he would have pushed to get it 6 months ago. I think reality will hit when he goes to high school next year and a lot of his friends are driving.

Check out my sweet ride! 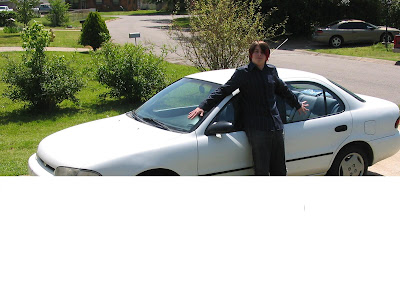 He would get into alot more trouble if he dident have a winning smile. 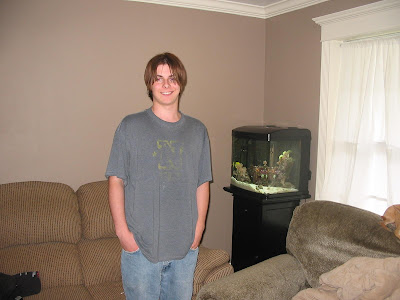 The freak of nature you see in the right of your screen is our Chihuahua Cecil, he has taken to sitting is grossly huge body for a Chihuahua on top of our recliner. But we still love him, so he is tuck with us.
I got this top 10 list from the site listed at the bottom, funny you have to click on the words at the bottom to view there site.
Top 10 Ways You Know You've Waited Too Long For a Referral From China:

10. You've stopped telling people you're adopting from China because chances are the next time you run into them you'll still be waiting.
9. When someone tells you a far off date in the future as 12-18 months you think to yourself "wow, that's coming up so soon!"
8. You know people who have had two kids in the time you've been waiting for a referral from China.
7. The last Olympics were happening when you started trying for a family and there's a good chance you'll be in China for the '08 Olympics there.
6. You know couples who have gotten engaged, married and had a baby all while you've been trying to start a family.
5. You try out all the baby stuff on the cat to "practice"--and you take pictures to post on your website because there's no other news to report.
4. You automatically convert the time to Beijing time in your head because you think maybe the CCAA is working on referrals.
3. Your nursery bedding has been discontinued.
2. You've had to dust cobwebs off the changing table in the nursery.
1. You've gone on your last childless vacation.....5 times!!!