It's not even summer yet. 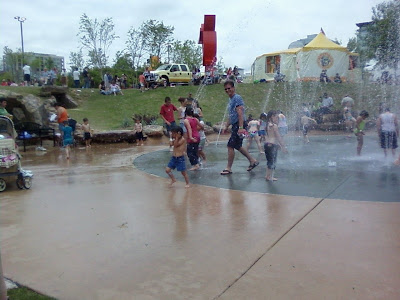 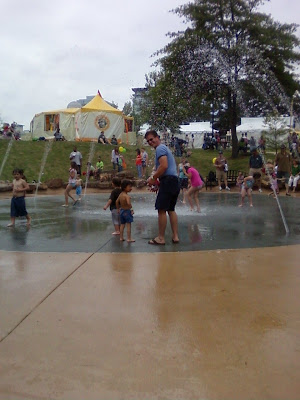 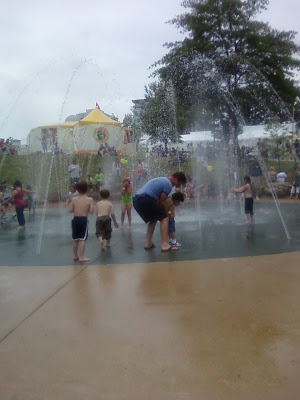 Stopping Norah from showing everyone her Girl. 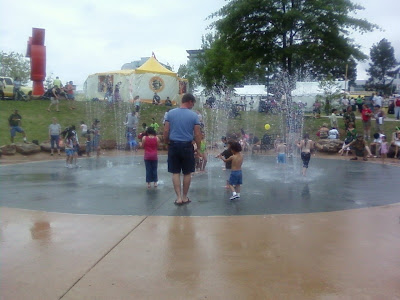 Yesterday it was over 90 so I setup the sprinkler for the first time I put Norah in her water melon swim suite. took her hearing aids out and she was ready for some fun. I turned the water on and you can tell by the look on her face the wheels are turning in her head, her first thought must have been OK it's an out door shower, and her second one was you have to take your close off for a shower. These two photos were taken two seconds apart, that's all I could shoot before she had herself pantstd and was going for the top. She did the same thing at river fest but I was by her so I was able to get her to keep her shorts on.
She has a real thing about having wet close on. It worked wonders for us in China when we wanted to give her a bath that first day. She was in many layers of close and would not take any of them off, and told us in her own way hell would freeze over before she got in that tub.
Lori being the diabolical genius she is put some toys in the tub for Norah to play with, and as Norah got a lair of clouse wet she wanted them off. before she new what happened she was in the tub playing happily.
OK so she just out smarted four year old maybe that doesn't make you a diabolical genius, but it did make that first bath time easy and stress free for all of us.
Glen 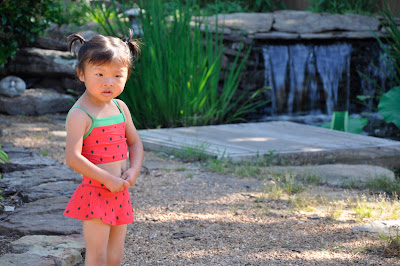 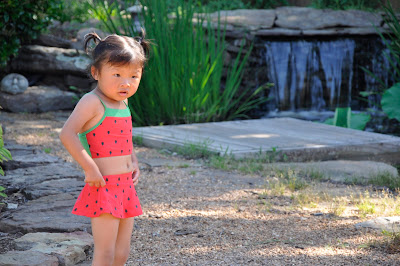