My project for the next few days...

After work today the opportunity arose for me to finally get the tile in the living room laid down. The fish tank had to be drained and relocated to the bar in the kitchen, all of the furniture had to be moved throughout the house, and the desk had to be turned so that it was on the already laid tile in the kitchen which exposed the wiring birds nest that exists behind it. The flooring that is shown in the pictures is the linoleum that was underneath the flea infested carpet when we moved in in 2001. Lori immediatley ripped all of the carpet out and we have been slowly renivating and replacing the flooring since then. The living room is last to be done. More pictures tomorrow.

We went to parent - teacher night at the high school and met almost all of the kids teachers. We ran out of time and ended up missing 2 of them. Everyone was very happy to have Annie in their classes and remarked on how she is very smart and nice. Boo's teachers really like him as well and had lots of nice things to say about him, and also added that he calms down quickly when they ask him to during class. Boo's a talker and a comedian, we know it, if they don't they will soon. 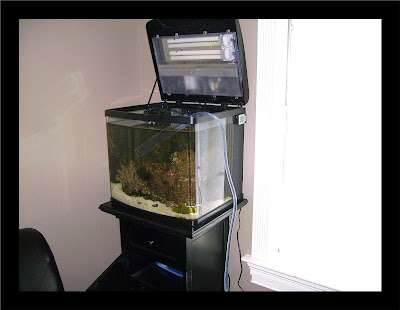 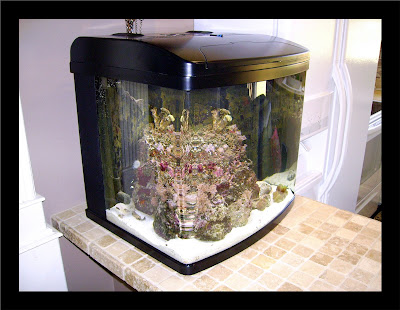 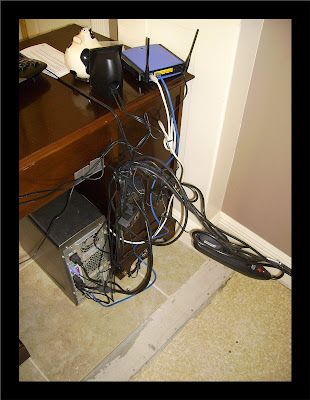 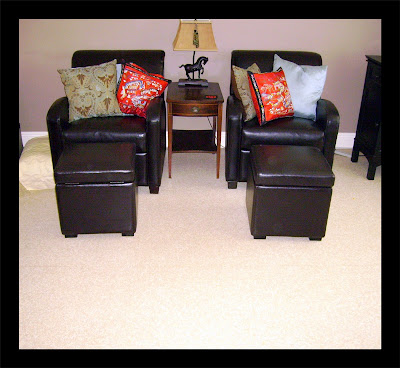 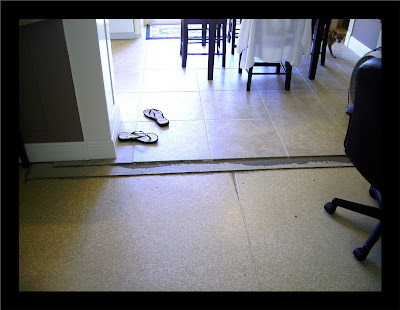 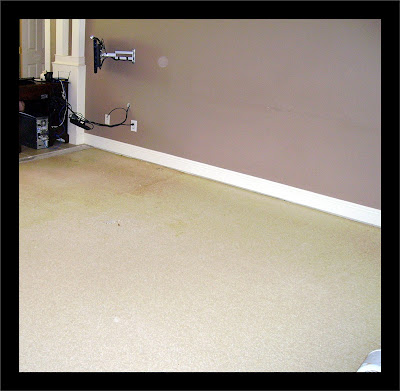